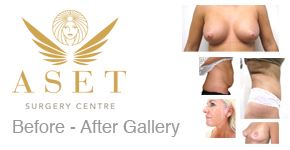 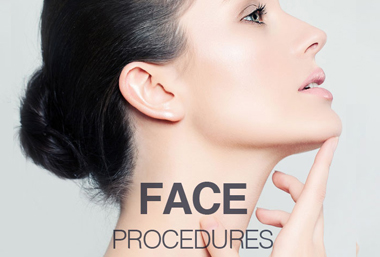 The nose is a central feature of the face, and so it stands to reason that rhinoplasty surgery - or a nose job, as it’s more colloquially referred to - is one of the most popular cosmetic procedures.

At ASET Hospital, we have some of the leading surgeons in the country who routinely carry out rhinoplasty procedures..

Rhinoplasty is a surgery that seeks to enhance and reshape the nose. Many of our patients are looking to reduce or increase the size of their nose, or have issues with the tip, bridge or nostril shape and size.
In order to reshape the nose, additional framework is introduced underneath the skin to help raise and straighten the bridge-line.
As well as using natural bone and cartilage (gristle), the surgeon may also use a range of manufactured substances that are tolerated by the body.

The most common reasons individuals choose to undergo rhinoplasty surgery is to improve the appearance of their nose. The nose is the central feature of the face and many people are self-conscious of its shape which they may regard as too big, too small or have some other feature which they dislike. Surgery to reshape the nose is very common and it can both increase and decrease the size of nose. The shape of the tip, the bridge and also the nostrils can be changed as can the angle between the nose and the upper lip. Sometimes breathing difficulties can be corrected at the same time. Injury to the nose is a common cause of flatness. Occasionally, it is a characteristic which is inherited.

To improve the appearance of a flattened nose it is necessary to introduce some additional framework underneath the skin to introduce some additional framework underneath the skin to raise and straighten the bridge-line. Various materials are used for the additional framework such as bone, cartilage (gristle) and a range of manufactured materials which experience has shown are safe and well tolerated by the body. When the nose has been flattened by injury, it is quite common for the plate of bone which separated the two halves of the nose to be buckled as well. This makes breathing difficult. It can often be corrected at the same time as an augmentation rhinoplasty by straightening the buckle out but sometimes it is advisable to have this done as a separate operation beforehand.

The procedure is performed under general anaesthetic in hospital. The additional framework is usually introduced into the nose through a cut either inside the nostrils or in the strut of skin between the nostrils. If a bone graft is used for the additional frame it is taken either from the crest of the hip, from a rib, from the back of the elbow or from the outer surface of the skull without causing any weakness of the ‘donor’ bone. If cartilage is used, it is usually taken from a rib or from the shell of one or both ears from cartilage inside the nose, which is spare.

Following the operation, you will probably have dressings in your nostrils for a day or so which will prevent you from breathing through your nose. You will also have a firm splint over your nose for the first week or two. There should be very little pain in your nose but, if you have a bone graft taken from your hip, you can expect this to be quite painful for about 10 days, particularly. You will be given appropriate painkiller to help with this.

Is Augmentation Rhinoplasty The Right Choice?

The best candidate for an augmentation rhinoplasty is a man or woman whose nose appears flattened making them feel self-conscious of their looks.
It is worth anticipating your own reaction to the first sight of yourself and your new nose. To start with, you will look rather strange in the mirror and not quite ‘you’ because of your different nose. Remember that it takes a few days for your mind’s eye to adjust to your new appearance and to recognise it as ‘you’.

You should also bear in mind that it takes a good three months or more for all the swelling to settle out of the nose so, if there are any minor problems of shape soon after the operation, do not worry, they will almost certainly improve with time. Your nose will also feel rather numb and stiff for several months, particularly around the tip.

Rhinoplasty is a delicate and complex operation and you should only have this operation for yourself if you are genuinely self-conscious of the nose you have at present.

Reduction rhinoplasty reduces the size of the framework of the nose over which the skin is draped. The skin itself is not touched. If doing so makes the nostrils seem too wide, it may be necessary to narrow them as well by cutting out a small piece of skin in the floor of the nostril which would leave a fine scar on each side.

It is possible to shorten the nose and to slim down a bulky tip by reducing the amount of cartilage which shapes the end of the nose. If you have some difficulty breathing through your nose, it may be possible to improve this as the same time by adjusting the lie of the plate of the bone which separates one half of your nose from the other. This is referred to as a Septoplasty.

The procedure is performed under general anaesthetic in hospital. The frame of the nose which is made up of bone in its upper half and gristle (cartilage) in the lower half is approached from underneath the skin through cuts which are made inside the nostrils. A cut may be made in the middle platform of the nose; this is referred to as open rhinoplasty. Think of the frame of the nose as being like the roof of a house. In order to straighten the nose and bring its bridge close to the face, its “ridge” is cut away. Then, to restore a new “ridge” or bridge-line, the two sides of the nose are brought together by cutting the bones of the nose where they join onto the cheek bones. The elasticity of the overlying skin allows it to shrink down on the smaller frame.

Following the operation, you will probably have dressings in your nostrils for a day or so which will prevent you from breathing through your nose. You will also have a firm splint over your to hold the bones in their correct position.

Is Reduction Rhinoplasty The Right Choice

The best candidate for a reduction rhinoplasty is a man or woman who feels their nose is disproportionate to their other facial features.

Following your surgery you can expect to have some minor bleeding from your nose for the first day or two after your operation and you should dab this away gently with gauze squares or a clean handkerchief. Your face will appear swollen and this may take several months to subside, be patient. Keep your head elevated as much as possible and avoid having hot showers or baths. Do not blow your nose and try your best not to sneeze through your nose. If you are going to sneeze, cough it out. Once the dressings have been removed from the nostrils, you can clear your nose by sniffing into the back of your throat if you wish. Unless you are advised otherwise, it is better to leave any crusts in your nostrils until you see your surgeon for removal of the splint 1-2 weeks after the operation.

The surgeon who performed your surgery will see you after 6 weeks for a follow-up assessment and as often is required until you are fully recovered. It is vital that you attend all necessary post-operative appointments. Although there is no medical reason for you to stay away from work for more than a few days, you will probably feel more comfortable if you take two weeks off and go back when the bruising has gone.

Book now - Ready to learn more about Rhinoplasty Surgery? To request your consultation, fill out the form on the side of this page or call our practice at  0151 426 4777. Aset Hospital is based in Liverpool, Merseyside UK and serves  national and international clients.